In today, software development is a cooperative game that is as important as we need software in our day-to-day lives. The software made our life easy by providing solutions in different cases and we can do much more complicated operations through them.

But do you ever wonder how that software is being created? Programming is the simple answer to this question that many of us know. Something like a program without structured data is estimable, software without a program is nothing.

So, what does it mean to develop and implement software? Let's find something awesome about this, 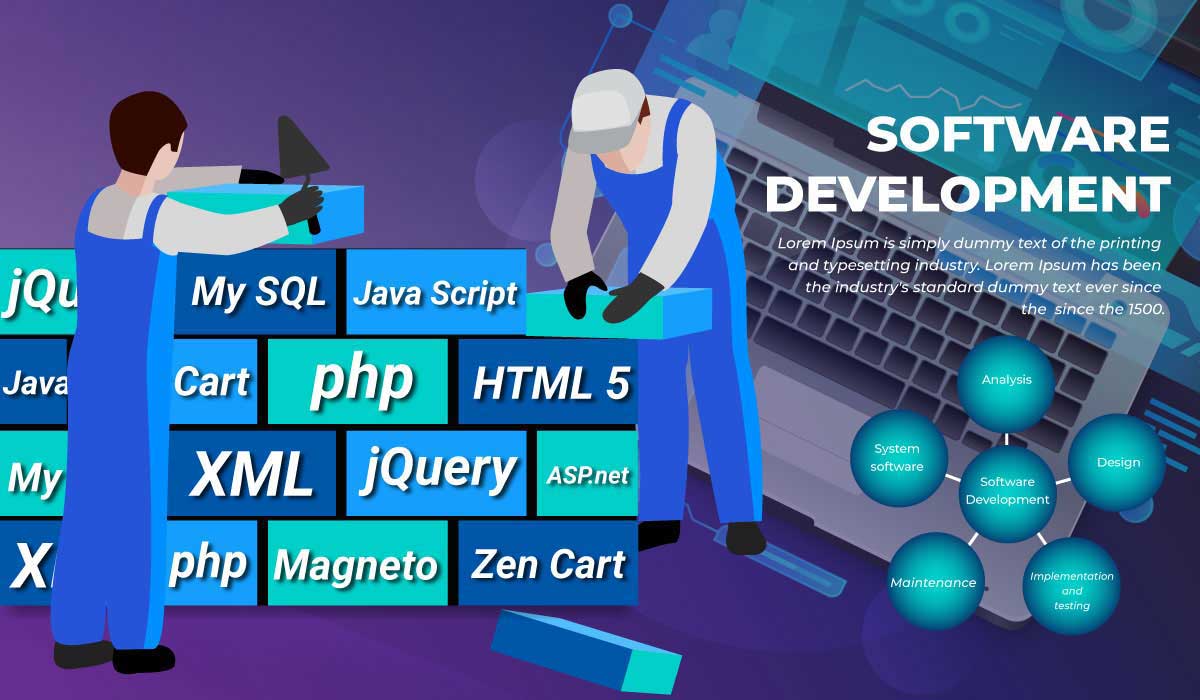 Creating software is a complex process that is rolled out with challenges in every step. The term software development defines a complete breakthrough of the plan and process for making the program stand-alone. If we dive deeper into the search, we can see that the process of software development goes through different stages such as,

You may be familiar with user experience and user interface as these two terms regulate all apps and integration that we use regularly. For websites, apps, games, software, UI - UX is an important term that determines how it interacts with people and how people discover it.

Finding the best interactive design for a particular and making that easy to use is not an easy task. It requires a huge understanding, planning, design and re-design module, and so on. Here we go straight into the introduction of the four software development stages stated above.

In this stage software, developers collect information about the programs. They ask customers, clients, and third parties about their expectations, how they want to see the program launched. The analysis also defines objectives and scopes to adjust the functionality of the program.

When all planning is complete, then it comes the necessity to make a blueprint of the project to go smoothly. Design is the stage when developers shape a blueprint for programs. When building a house, engineers have to draw the structure of the architectural building which is known as architectural design. Here, designing a software program is the same as that.

In the design stage, developers gathered all the software requirements specification documents that are used for the systems development. This step sets a standard and helps eliminate potential errors by trying to stick to it.

It’s time to program codes for the project. The implementation process takes huge importance to itself. Sometimes it is time worthy step to determine step by a step implementation plan. To simplify the process, the work needs to go through with different modules and units.

In the software development process, implementation is the longest process although. When developers have got the design prepared in their hand, then take steps to implementation. Following all the previous steps carefully will help you to implement the best result and make the program productive as well.

When the code gets ready in the implementation phase, then it needs to be tested in the testing phase. In the testing stage, the code prepared in the design step, checked against the specifications to ensure that the program answers all the issues for which it is created.

Are captured in this step. Software testing is a significant and critical step in software development. It finds out if there are any errors that need to be recognized. Before deployment, a program needs multiple testing for errors and deficiencies.

It is highly necessary to address these problems before the product meets the original specifications.

Maintenance is the process that takes part after the software deployment. It is a process that we become familiar with through mobile apps and games. As we run different types of android applications and games on our smartphones, sometimes we are unable to play the game or run the application due to its maintenance break.

Maintenance needed when there are any unexpected errors and bugs found in the program. The bugs can interrupt user experience and cause lag in the program in some specific areas. At that time, developers take a maintenance break and work in the backend to fix the error and enhance software to cope with newly discovered bugs. 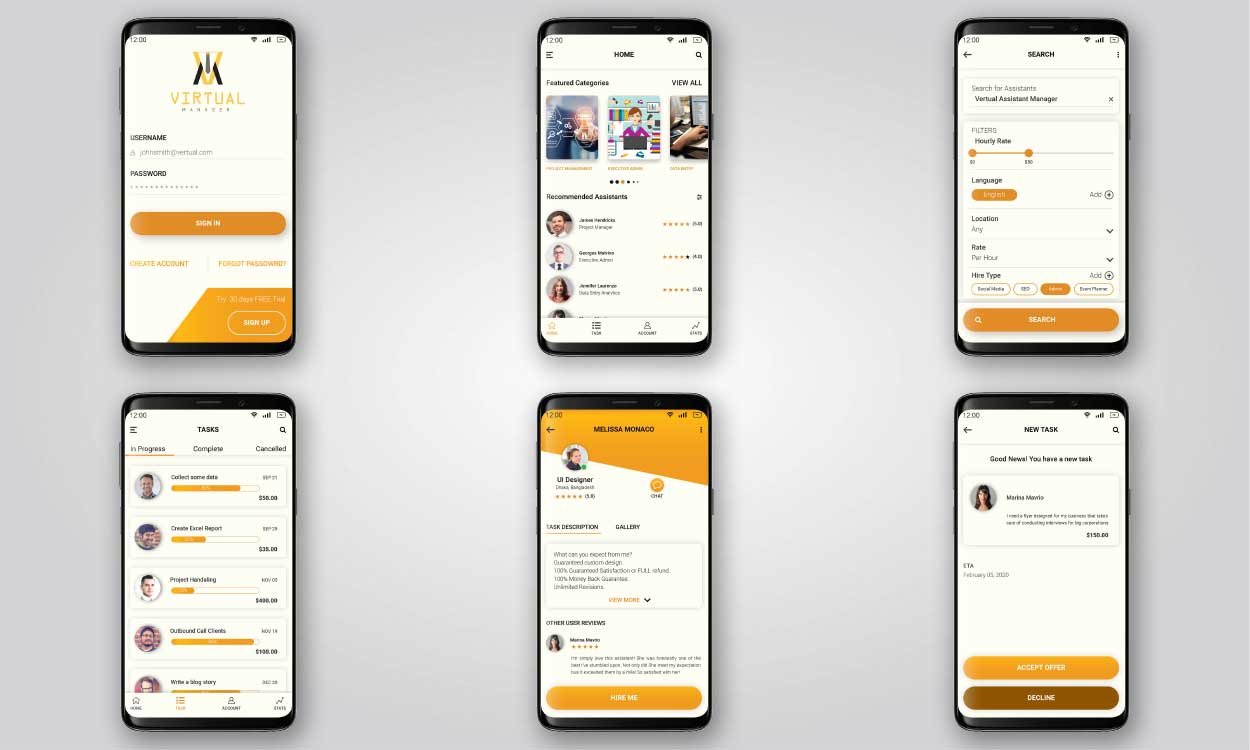 There is variation in software’s structure and they are varied based on the types, their usage, and application. However, here given the three most common types of software that will help to realize what works behind categorizing software into different types.

There is software that we need to use to accelerate a computer's hardware performance. Sometimes they manage the entire system and without system software, we aren’t able to run the program anyhow.

You may be familiar with your android device’s system updates. Android is something like a system software that conducts the whole device’s activity. So, the system software is so important to keep hardware devices running seamlessly.

Although, system software varies by its forms and functions such as.

Another type of system software used to control some hardware’s being attached to the system. There is a hardware device that requires drivers to do what was created. Like printers, sound cards, hard disks, Bluetooth devices, etc. You need specific driver installation before using this hardware on your own. Some common device drivers are,

Application software is the most common and used a software program that is known to all of us. As we are accustomed to using different types of apps and software in smartphones and in computer devices to solve various problems and also to make things easier for us.

So, this is a software development and its different types. All the computer software and smartphone applications we can see are made through these processes. However, the software development process is not a short and easy process. The overall process should come to strict planning to balance the highest user experience in the program. David Jonson
Hi! I'm the Chief Journalist at Graphic Design Eye. This is my job to describe things to make them clear to the reader. Connect with us to have more ideas about your interests!
Releated Topics

Enterprise
Mar 25,2022
How to set up budget photography studio?
Are you an ecommerce retailer? Or you just sell products on any online platform? Whatever, you must be concerned

Enterprise
Mar 25,2022
How to take Professional Photos of Products?
In the present world, we have to use visual content in most of our daily activities. Visual contents are making our

Enterprise
Mar 25,2022
How Dropshipping Can Help to Grow Business?
Dropshipping has become the center of attraction for online influencers nowadays. It is gaining popularity in terms of its operations and mainly because it is risk-free

Enterprise
Mar 25,2022
How to Become a Freelance Graphic Designer?
We are living in the world of online where we do most of our daily activities online. it becomes a part of our daily life and

Enterprise
Mar 25,2022
How to Become a Successful Affiliate Marketer?
In the modern world, we are doing everything from sitting on the couch in our living room, in front of a PC,

Enterprise
Mar 25,2022
How to step ahead of your business?
We know the present situation of the world and all of the business and industry have come to a standstill position for this serious Coronavirus situation.